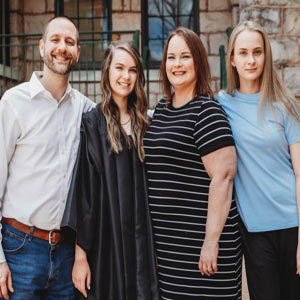 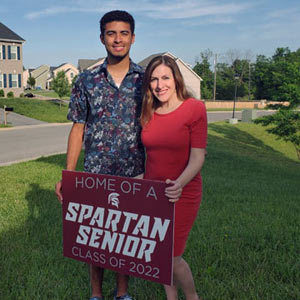 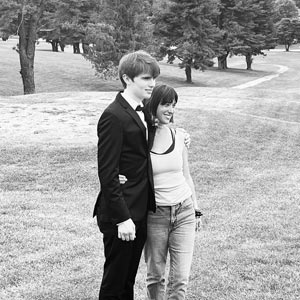 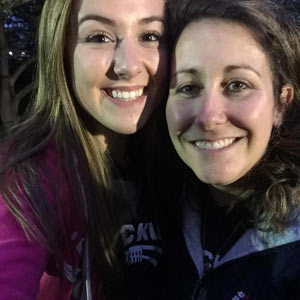 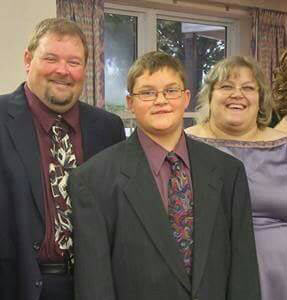 The Mission of the Multiple Sclerosis Alliance of Virginia

A large part of the United States has been, or will soon be, experiencing extreme heat conditions (high heat and humidity with temperatures above 90 degrees for several days). The body must work extra hard to maintain a normal temperature in extreme heat, and...

END_OF_DOCUMENT_TOKEN_TO_BE_REPLACED

Disease severity, brain volume loss, and brain lesions are able to predict later cognitive declines in people with relapsing-remitting multiple sclerosis (RRMS), a study in China found. The study, “Clinical and MRI predictors of cognitive decline in patients with...

END_OF_DOCUMENT_TOKEN_TO_BE_REPLACED

Tysabri (natalizumab) given every six weeks was found to be similarly effective as the standard four-week dosing schedule at stopping nervous system damage in people with relapsing-remitting multiple sclerosis (RRMS). That’s according to the full results of the Phase...

END_OF_DOCUMENT_TOKEN_TO_BE_REPLACED

Quanterix’s ultra-sensitive blood test that measures a biomarker of nerve damage in people with multiple sclerosis (MS) has been granted a breakthrough device designation by U.S. regulators. It is thought that the test, which employs the company’s Simoa technology,...

END_OF_DOCUMENT_TOKEN_TO_BE_REPLACED

Drug targeting Epstein-Barr virus shows promise Researchers are investigating the effects of a drug that targets the Epstein-Barr virus in people with multiple sclerosis (MS) in an ongoing phase 1 clinical trial. The drug improves MS symptoms and may even reverse the...

END_OF_DOCUMENT_TOKEN_TO_BE_REPLACED

Hot weather is on its way!   But we have good news! At the MS Alliance support group meeting Tuesday, April 12, our guest speakers Marcia Harris and Debra Forman, from MSF, shared information about their many programs and services for people with MS including their...

END_OF_DOCUMENT_TOKEN_TO_BE_REPLACED 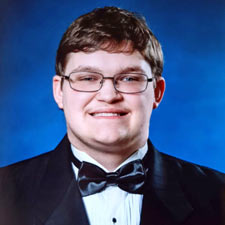 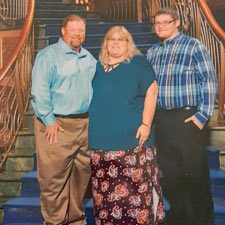 Mark is the Son of Aaron and Danielle Fisher. He is graduating from Mechanicsville High School with a 4.2 GPA. He is involved with the National Honor Society and National Beta Club. Mark was also involved with Student Ambassadors, in which he helped other students with getting around the school. Mark participated in FFA being an officer while in FFA. He is a Hanover Scholars. Mark is taking Advanced Placement Classes. Mark post-high school plan are to attend Marshall University in the Fall, Major in Forensic Science, while also minoring in Mathematics and Physics. 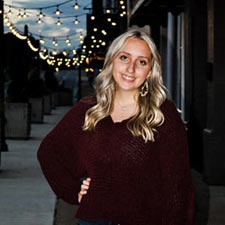 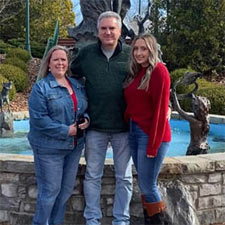 Morgan is the daughter of Michael and Carla Puckett. She is graduating from Virginia High School. During her junior and senior years, she was a varsity football and basketball cheerleader. During her junior year, she took a Certified Nursing Assistant class. She enjoyed her clinical’s at a local nursing home and passed the CNA boards. Morgan is going to attend Virginia Highlands Community College and plans to obtain a degree as a certified medical assistant 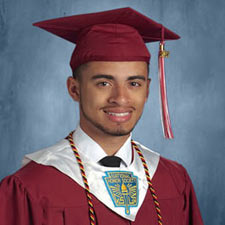 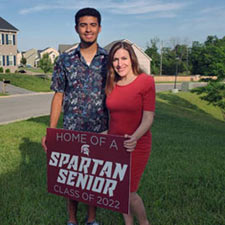 Brayden is the son of Bryant and Christy Taylor graduating from Salem High School, Salem Virginia. He is in the National Honor Society, German Honor Society, and Tri-M Music Honor Society.
He is on the track team and the drumline. In the Fall, Brayden is going to UVA.  Brayden was accepted Early Decision.

The Radford University Carilion Doctor of Physical Therapy leadership team emailed us this update on the status of the MS PT study:

We value our partnership with the MS Alliance of Virginia and look forward to working with you and the wonderful individuals we have met thus far.  As we are students with a full caseload who are striving to establish a student-led free clinic with the assistance of our professors who also have their own caseload, planning and coordinating details have been difficult, to say the least.  We appreciate your patience as we navigate through this developmental phase.  The students gathered for an MS Awareness photo in honor of the MSAV.  We are working on headshots and brief bios of each of the  leadership team members to add to your website.

To see their group photo, find more details about the MSAV Radford PT partnership and learn how you can participate in this free 6-week physical therapy intervention for persons living with MS in the Fall of 2022 click here: Radford University Carilion Department of Physical Therapy’s Movement with MS.

More Ways We Can Help Each Other

We are excited to announce that the Multiple Sclerosis Alliance of Virginia now has a Buy, Sell, and Trade group on Facebook called MSAV Community Plus. Our goal is to not only supply a safe place to buy and sell things, but to also create a general ‘Classified Ads’ type of experience – including not only buying and selling, but meet-ups, trades, help wanted, free things, etc. There are so many possibilities, and we hope you will explore them all as the page continues to grow.

Another benefit of this page is that we will be able to use it to raise funds for the MSAV. Since we are a 100% volunteer 501c3 nonprofit, we were not eligible for relief funds during the pandemic. Amazon Smiles, Kroger Community Rewards, Birthday Fundraisers on Facebook and private donations are what carried us through the past two challenging years. Many people have asked us how they can donate things for us to sell, and this page is the perfect opportunity for someone to sell something and donate their profit to us if they so choose, which would go towards things like paying the rent for the office or contributing to fun events for us, etc. We need and appreciate every penny, every minute of your time and every bit of effort anyone makes to help us keep funds coming in.

Other ways to support us are through Kroger Community Plus, Amazon Smiles, PayPal, eBay, Birthday Fundraisers on Facebook, and Legacy Donations through funeral homes. We are also registered with the Cisco Foundation Matching Gifts Program. We are currently updating our Ways You Can Help page on our website. Check back there regularly for more information about how to support the MS Alliance of Virginia.

In Honor of Chris Nuckols 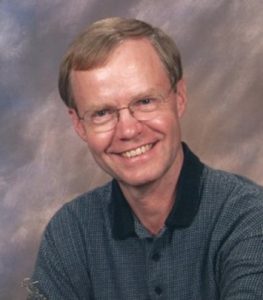 What happens when you plant many seeds, water them, nurture them, and help them grow?   They keep growing and blossoming, right?  Just like the miracle the Multiple Sclerosis Alliance of Virginia has. There were very limited if any services, programs, or support in our area prior to its founding in 2015.  There was no MS Center, no specialists, and no MS events unless they were put on by national organizations raising money for national programs.  We needed help right here in Roanoke and the New River Valley.

A little support group with a few old people decided to change that, having no idea what was about to happen. The little group kept growing, offering educational programs and fun events, and empowering people with MS to create their own support. In other words, it was simply people with MS helping people with MS.  The result was a nonprofit formed by the helping hands of a few people.  One of them was Chris Nuckols: retired from the railroad and hungering for more MS services in our area.  Chris, along with Suzanne Oconnell, several others, and no funding; founded the MS Alliance of Virginia.  Chris, a founding board member, worked endlessly to help find avenues to raise funds without asking people living with MS as most were already struggling with the high cost of MS treatments, loss of income, doctor bills, and more. Chris understood that burden, so he searched for ways to fund the Alliance without asking more from our friends and families. He found Amazon Smile and headed up our year-end request for donations.  He worked with group members to create fundraisers that people living with MS could easily participate in.  He knew awareness was the key to getting more funding, as well as reaching people with MS feeling alone in their journey, so he helped launch one of our biggest annual projects: the March MS Awareness Proclamations.

He wasn’t shy, even inviting the Governor of Virginia, Mayors of Roanoke and Salem, and involving the community at large.  He wasn’t afraid to ask for donations from those who could afford to help an organization that he knew was making a difference for people like him living with MS.   He rarely missed a meeting. He helped with most special events and programs and offered his talents until MS started limiting his ability to be involved.   He then proudly involved his wife Dede, who was his greatest supporter encouraging and helping him to stay active on the Board as long as possible.  Dede knew he was loved and highly respected by our group, knew he wanted to help others, and knew that he was doing exactly that.

Dede is asking for donations for the Multiple Sclerosis Alliance of Virginia in Chris’s honor.  She has asked us to do what Chris would do and make it easy for people to donate. So, Chris, in your honor, our donate button is for you right now.  Anyone wanting to honor his legacy and his giving hands that helped build our local MS organization please click here.

Keshon Artis is a two-time first team all-state linebacker and 2016 6A South Region Player of the Year. He finished his senior season with 103 tackles, 15.0 sacks, 39 tackles for loss, six forced fumbles and two pass break ups. He was Coached by Scott Johnson at Oscar Smith High School, where he was the 2017 Southeastern District Defensive Player of the Year.  Keshon represented the United States on the U19 National Team in the 2018 International Bowl IX.  With the Hokies in 2021 he played in all 13 games. 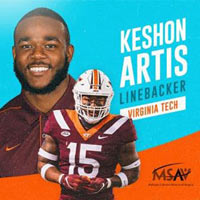